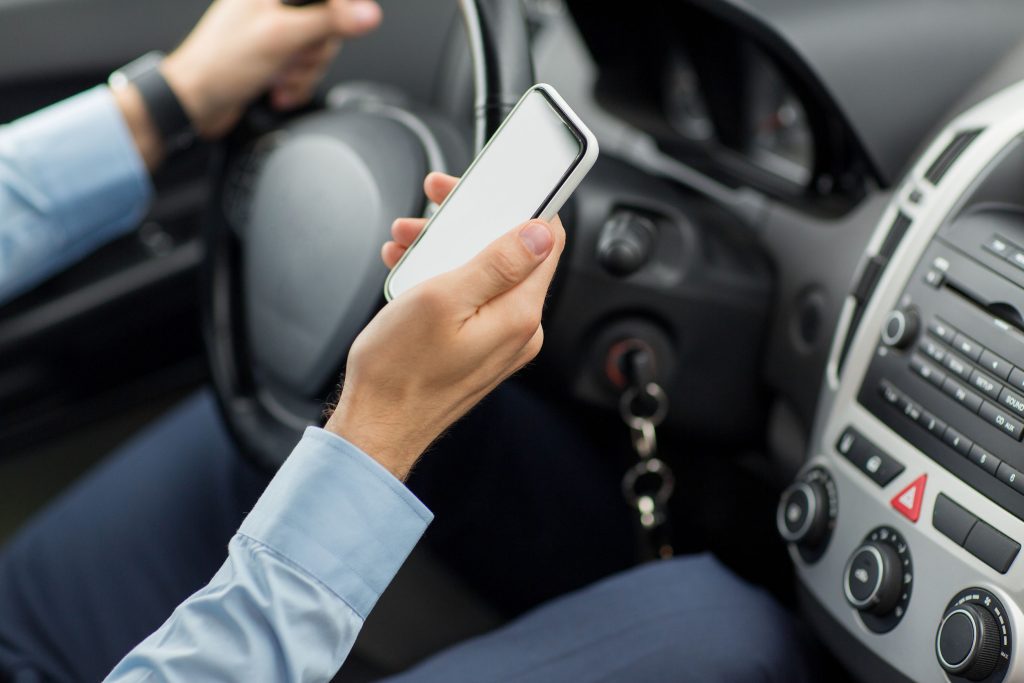 Distracted driving is far too common and occurs for a number of reasons. Texting while driving is just one form. Reading a text or anything on your cell phone while driving is another form. Distracted driving is driving when you don’t have full attention on driving. You could be eating and drinking, talking to other people in your vehicle, looking at your navigation system, or even fiddling with the radio. Any activity that takes your full attention from driving and the road, even for just a few seconds, is a potential distraction and increases the risk of being involved in a car crash.

The Nevada Department of Transportation estimates the increased chances of getting into a car accident by doing any of the following activities while driving:

According to the National Highway Traffic Safety Administration (NHTSA), sending or reading a text takes your eyes off the road for 5 seconds. During that 5 seconds, a car going 40 mph can cover 294 feet. That’s nearly twice the length of a football field. So a lot can happen in those 5 seconds.