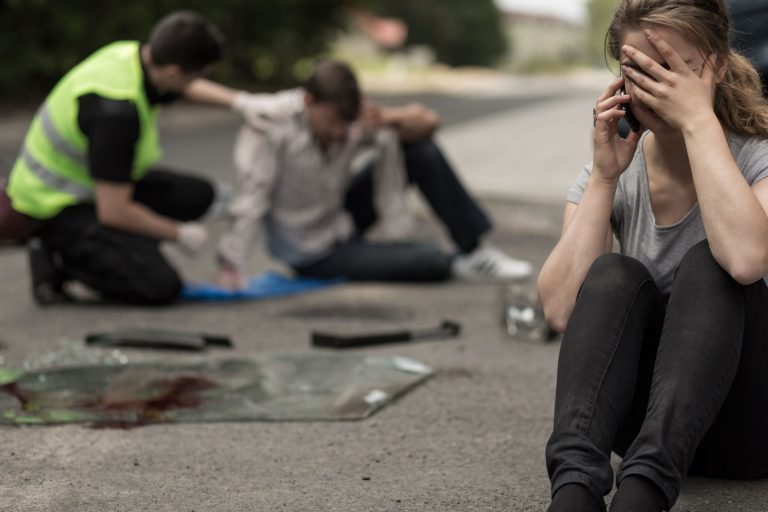 Two days ago, a man rammed his car into a crowd and injured three pedestrians in London. With this recent terror attack, Las Vegans have wondered whether the Las Vegas is safe for pedestrians. Action News 13 recently discussed the safety of Las Vegas pedestrians. In the recent article, Action News 13 reported that barriers have been erected on the Las Vegas Strip to protect pedestrians.[i]Those barriers, however, have been there for a while and did not prevent the pedestrian deaths at intersections. Terrorist attacks are not the main cause for concern for pedestrian deaths in the Las Vegas Valley. Pedestrian accidents are seen too many times in Las Vegas. Early this month, 54-year old Louis Gagliano was struck and killed by a driver who abruptly changed directions on Sahara Avenue, near Rainbow Boulevard.[ii]

The Review Journal reported early this year that a study by the Nevada Office of Traffic Safety showed that Clark County had set a record-breaking number of pedestrian fatalities in 2017.[iii] Per the report, 78 people were killed by vehicles on public roads, breaking the previous unenviable record of 60 pedestrian deaths in 2015. One of the factors cited by this report is distracted pedestrians, specifically pedestrians who were looking at their cellphones while crossing an intersection. Mr. Gagliano, the man killed early this month, was the 80thtraffic-related death in Las Vegas this year, according to the Las Vegas Review Journal.

The other factors cited in the report are all too familiar in Las Vegas car accident injuries – drunk drivers or other impaired drivers, speeding, and failing to pay attention. Drivers, however, are not the only ones to blame. As mentioned above, cellphones have been cited as causing pedestrians to be distracted as they cross the street. Impaired pedestrians – or drunk walkers – were also mentioned in the Nevada Office of Traffic Safety study.

As a result of the increasing number of pedestrian fatalities and injuries, the Nevada Department of Transportation (DOT) are slated to spend millions to provide better protections for pedestrians. One example is a $3 million project along Boulder Highway that involves installing flashing beacons, as well as wider medians and crosswalks. According to the study, there were about 10 pedestrian deaths involving motor vehicles on Boulder Highway last year. The Nevada DOT is also undertaking a $2.4 million study of additional safety improvements along a 16-mile highway between Las Vegas and Henderson.

Get Help Now If A Car Has Injured You