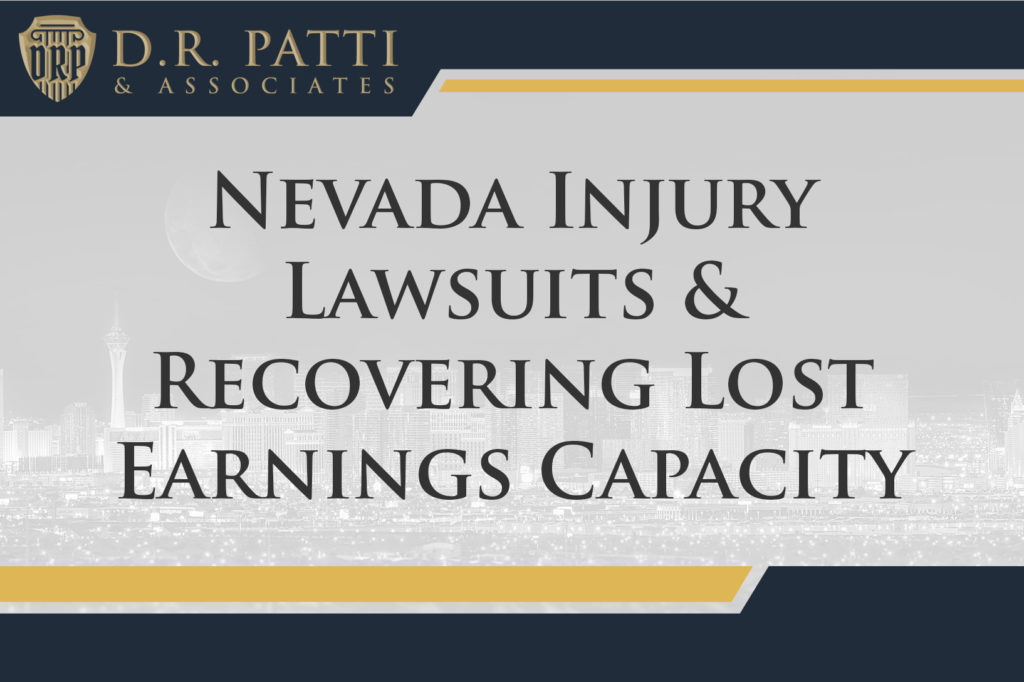 If you are injured after an accident, it’s not uncommon to miss work. Sometimes the amount of time away from work is limited. But in other cases, severe injuries can completely change your career course. If you have any injury that keeps you from working in Nevada, lost earning capacity is considered in your damages.

Lost earning capacity is any future income that a victim is largely certain to lose after an out-of-court settlement or a lawsuit. When victims cannot return to work, these damages are often awarded lost wages in Nevada. Lost wages are defined as any income that has already been lost at the date of the settlement or lawsuit.

The Difference Between Lost Earning Capacity and Lost Wages

In accidents or other types of personal injury cases, Nevada law lets you recover for each of the following:

Lost wages are often proven with a large amount of certainty. This is because they are the amounts you have already lost due to missing work following an accident. However, lost earning capacity can be more challenging to prove. The amount is based on what you would have earned in the future if you were not injured.

The amounts are more speculative and harder to prove, but it can be done. The attorneys at D.R. Patti & Associates can help you prove the certainty needed by the court to recover lost earning capacity damages.

Many factors can go into calculating your lost earnings in the future, including the following:

The statute of limitations starts to count down as soon as you realize that you have an injury. In most cases with Nevada personal injury cases, this is a two-year period. However, it can be longer or shorter depending on the type of case. Failing to file a suit within the statute of limitations will cause you to lose your right to sue for the injuries.

With serious injuries, you may find that you cannot work while the statute of limitations is running. Other situations may lead you to miss out on promotions or other advancements within a company. Lost earning capacity in Nevada lets you recover damages for these opportunities and income.

If you have been severely injured in the state of Nevada, you could be looking at a huge level of compensation from an insurance company. However, they work to delay your case and keep their losses low. Having an expert personal accident attorney on your side will help you get the damages you deserve for your injury.